Day trading Bitcoin Cash is on the rise. This review explains what Bitcoin Cash (BCH) is and how to start trading the popular crypto in 2021. We also cover suitable trading strategies, potential risks, future price predictions, and the best Bitcoin Cash brokers.

Bitcoin Cash is a popular cryptocurrency with the symbol ‘BCH’. It was created in August 2017 as a hard fork of Bitcoin (BTC).

Bitcoin was forked to develop important updates that allowed for effective scalability.

This was needed because the speed of transactions on the Bitcoin network was slow, concerning coin miners and developers about the ability for mass adoption.

The Bitcoin Cash fork was created by updating Bitcoin’s blockchain code with a few modifications.

Bitcoin Cash is also a payment network and medium of exchange that allows for 24/7 peer-to-peer transactions.

Bitcoin Cash runs on its own blockchain technology. Blockchain is a decentralised digital ledger, which permanently records transactions and can be viewed by anyone.

For decentralisation to occur, it requires nodes (computers) to verify transactions by miners who use computing power to solve mathematical equations on the blockchain. Afterwards, 1 Bitcoin Cash coin is mined.

Just like BTC, BCH is capped to a limited supply of 21 million coins. However, BCH is distinguished from BTC as it has an increased block size of 32 MB vs BTC’s 1 MB.

This means more transactions can be handled in a single block, which in turn creates shorter waiting times and lower transaction processing fees.

The original Bitcoin software ran smoothly until it became increasingly unreliable and expensive between 2016 and 2017.

Members of the Bitcoin community felt that the limited block size would leave the crypto as an investment vehicle rather than a transactional currency and medium of exchange.

As a result of usability problems, the dominance of Bitcoin dropped from 95% to 40%.

During the controversy, the Bitcoin community could not reach a consensus on a scalable but compatible coin. Thus, came the official launch date of Bitcoin Cash on 1 August 2017.

A group of crypto activists, investors, entrepreneurs and developers created a hard fork, splitting the Bitcoin ledger and Bitcoin Cash in two.

Bitcoin Cash’s block size was initially 8 MB but was later increased to 32 MB in 2018. Anyone who held the original Bitcoin at the time it was forked automatically got the matching value of BCH to 1 BTC.

According to CoinGecko, Bitcoin jumped to an all-time high of $3,785.82 soon after the fork in December 2017. As Bitcoin Cash is designed to be a medium of exchange, its historical price is more stable compared to Bitcoin.

Nonetheless, with the volatile nature of cryptocurrencies, it’s hard to create long-term forecasts or price predictions for 2021 or 2025, let alone 2030.

Low transaction fees – The Bitcoin Cash blockchain operates with larger blocks vs Bitcoin. This means more transactions can fit into a single block of up to 32 MB. In turn, this creates less demand for users to get transactions into the next block, creating fewer outbidding wars with higher fees.

The network fee for a typical transaction is around $0.20. If you wish to convert BCH into a fiat currency i.e. USD, the costs are still lower than credit card processing.

Growing cryptocurrency – Bitcoin Cash was the most popular Bitcoin fork at the time. Additionally, many Bitcoin owners were automatically credited with equivalent Bitcoin Cash.

The instant prominence of BCH meant that many popular exchanges and platforms offered the coin. In fact, Bitcoin Cash has a rapidly growing trading volume of $5.94B and a market cap of $14.1B.

Before investing your savings into Bitcoin Cash, you should be aware of the potential drawbacks:

Dangers of volatility – While day traders can certainly profit from the volatile price swings of BCH, users should ensure that they only risk the amount of money that they’re willing to lose.

Generally, it is advised never to invest more than 1% of your account value on a single trade.

Unpredictable future – Bitcoin Cash and cryptocurrencies, in general, are an emerging market. This makes their future somewhat uncertain. We still don’t know how governments will react or whether they will choose to impose regulations.

Governments from all around the world are already drafting up legislation on the supervision of cryptos. These regulations could impede the whole philosophy of decentralisation.

Security – Unlike Bitcoin, there is a smaller development team with less experience supporting Bitcoin Cash. The slower development of security features may leave the network exposed to attacks.

In 2019, there were security concerns around a miner controlling 51% of the network’s hash rate. If one person or group has majority control, they can effectively control the entire network.

At the time, BCH developers simply recommended avoiding transacting on or with BCH until it was resolved.

Compared to stocks that don’t see as much price change in one day, day traders can profit from the wild Bitcoin Cash price swings that can occur in a 24-hour period. Historical prices of Bitcoin Cash shows that it has fluctuated up to 20% in a single day. Traders can buy into the market when starting prices are low and cash out when the price is at its highest. However, this strategy brings risks. Thus, it’s important to look at data that can signal volatility and to plot entry and exit points on your trading graphs.

Scalpers profit from small moves that add up over time. Instead of holding, they exploit gaps in liquidity and profit off bid-ask spreads or inefficiencies in the market.

It is common to see scalp traders entering and exiting a trade in a matter of seconds while using automated bots to increase the frequency of their trades.

Scalping strategies are ideal in markets with higher liquidity like BCH. It is also suited to advanced traders with a deep understanding of the mechanics of the market. 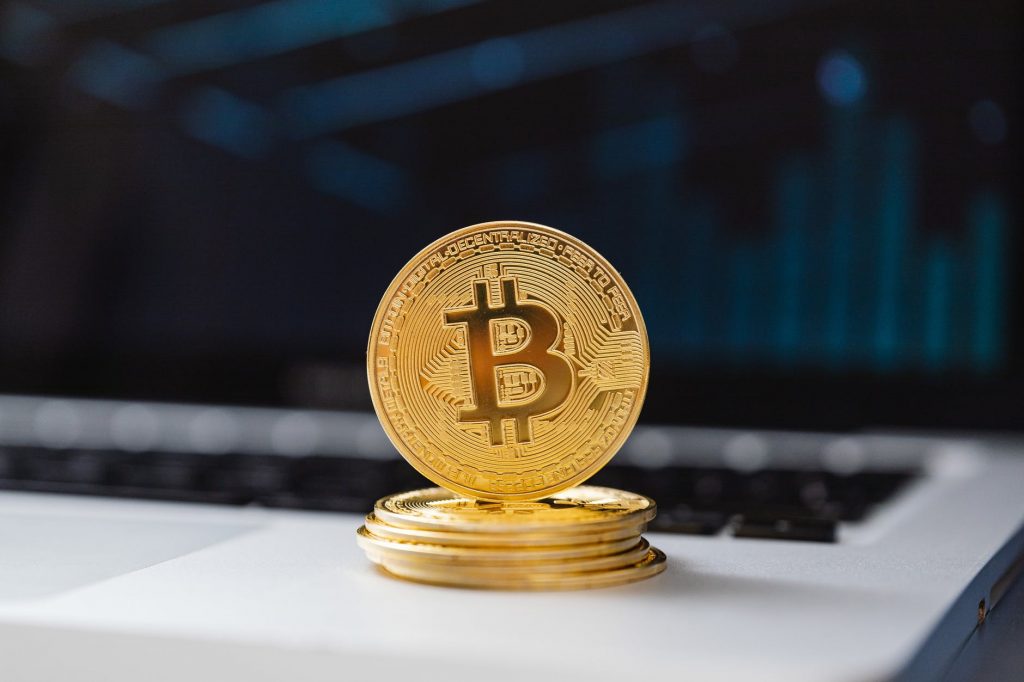 Arbitrage traders get money from buying BCH in one market for a lower price and selling it at a higher price on another exchange.

The idea is to profit from the difference in listing prices on both platforms. The price difference can stem from the discrepancy of trading volumes between exchanges.

However, individuals employing this Bitcoin Cash trading strategy must consider total exchange fees, as it might cancel out any profits made from the sale.

Day traders can get an edge using technical analysis. This is done by making market decisions based on live price charts or using historical market data to project future price movements.

Candlestick charts, support and resistance levels, trend lines and others are essential tools that can aid technical analysis.

Utilising this strategy with BCH can seem daunting at first, however, you can test your strategies on a demo account to get familiar with different charts and patterns.

How To Trade Bitcoin Cash

Crypto wallet – Purchasing BCH works similarly to any other cryptocurrency. Firstly, you need to get an e-wallet, where you can buy coins using a debit or credit card. When setting up your wallet, take note of the secret key and wallet address and keep it secure.

You will need this to access your wallet and make deposits and withdrawals on exchanges.

Trading exchange – You can also buy BCH with fiat currency, such as GBP, EUR or USD directly from exchanges. Trusted platforms that offer BCH include Coinbase, Binance, eToro and Revolut.

If you own other cryptocurrencies, you can use these platforms to exchange them for BCH too.

Withdrawal – Once you are ready to cash out your earnings, you can withdraw BCH to your wallet. If you leave it on the exchange platform, you may be exposed to security vulnerabilities.

This is because the company has control over the private keys, which means your funds aren’t protected if there is an attack on their network. With a BCH wallet, you have full control of the private keys.

Bitcoin Cash’s disruptive upgrades to fill the gaps in Bitcoin have proven popular in recent years. While its future is still uncertain, there are many opportunities for day traders to earn fruitful profits.

Make sure to utilise smart strategies, trading tools and keep up with the latest Bitcoin Cash news to gain an edge.

Is Bitcoin Cash An Altcoin And What Is It?

It is a hard fork that split from the original Bitcoin blockchain and was launched in August 2017 as a solution to BTC’s scalability issues. Bitcoin Cash runs on its own blockchain ledger.

Is Bitcoin Cash A Good Investment For 2021?

As the cryptocurrency market has rapidly grown, many argue now is a good time to invest in Bitcoin Cash. It is a top 10 cryptocurrency by market cap experiencing significant growth in trading volumes. Thus, the price of Bitcoin Cash may continue to climb.

With that said, crypto trading is extremely volatile with no guarantee of profits. Appropriate risk management parameters should be put in place.

Why Is Bitcoin Cash Better Than Bitcoin?

Bitcoin Cash has several advantages over Bitcoin. Bitcoin Cash works more effectively as a decentralised transactional currency, which was the initial objective of Bitcoin.

Bitcoin Cash has a larger block size of up to 32 MB vs Bitcoin’s 1 MB. This allows for higher transaction capacity, lower fees and faster processing times. Furthermore, Bitcoin Cash is less volatile than Bitcoin.

What Is A Bitcoin Cash Card And Wallet Address?

A Bitcoin Cash e-wallet allows you to buy BCH with fiat currency. It also securely stores your BCH coins, giving you access to private keys.

Is Bitcoin Cash Rising Or Going Down?

Because of the volatile nature of Bitcoin Cash, its price is frequently rising and dropping. Therefore, it is hard to make an accurate prediction of its future worth.

You can make use of live price charts, historical data and news sources to estimate its value in the future.

What is Bitcoin Cash?

How to transfer bitcoin cash from Yobit to Simex

How to transfer bitcoin cash from Yobit to Simex
Bitcoin Cash

How to buy Bitcoin Cash on YoBit

How To buy Bitcoin Cash on Bittrex

What is Bitcoin Gambling? Everything You Need to Know

What is Bitcoin Gambling? Everything You Need to Know
Bitcoin 101

What is a Cryptocurrency Airdrop? How Do I Earn Them?

How to Get Cryptocurrency for Free

Public vs. Private: Everything You Need to Know About Cryptocurrency Keys