Traders expect BTC price to venture into the $27,000 to $32,000 range now that Bitcoin looks to secure a daily close above its current range.

Similar to Stockholm syndrome, where captives develop a psychological bond with their captors, crypto winters have a way of flipping even the most bullish cryptocurrency supporters bearish in a short period.

Evidence of this reality was on full display on July 19 after the recovery of Bitcoin (BTC) back above $23,000 was met with widespread warnings that the move was merely a fakeout before the market heads for new lows.

While the possibility of new lows being set in the future can’t be ruled out, here’s a look at analysts’ opinions on how this BTC breakout could be different than most investors expect.

The pointed message of “this time is different” was offered by pseudonymous Twitter user Trader XM, who posted the following chart outlining why BTC is poised to head higher.

As highlighted on the chart above, BTC price did not retest the range low even as four retests of the range high took place, and this suggests that buyers are now stronger than sellers.

“Agree my man, move to $27-28K then months of consolidation. Let's enjoy this move before the long hibernation.”

Further evidence that BTC could head higher was supplied by the on-chain data firm Whalemap, who posted the following chart highlighting the lack of buying demand between $23,000 and $27,000. 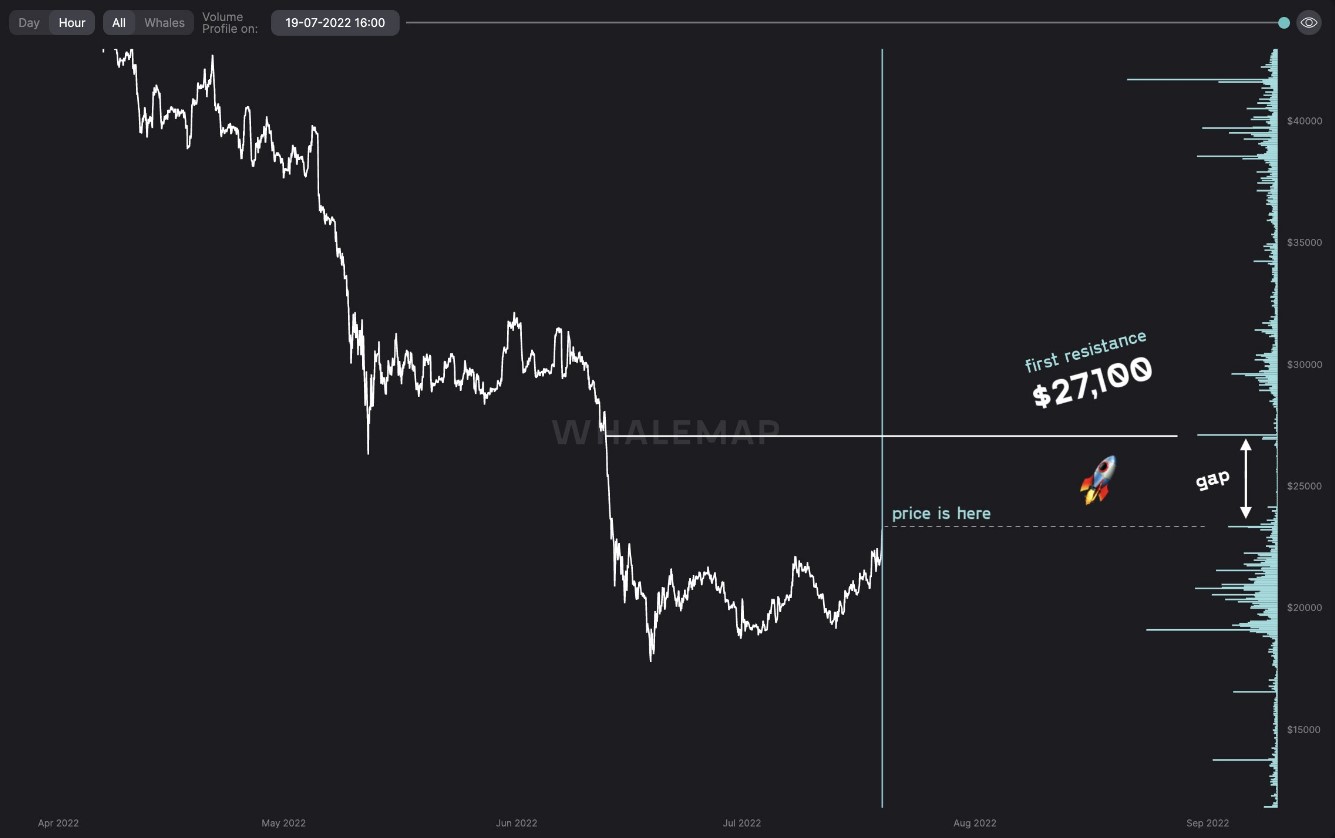 Proof that crypto traders had been lulled into an overly bearish outlook was provided by cryptocurrency analyst Dylan LeClair, who posted the following chart showing the effect that Bitcoin’s move above $23,000 had on the futures traders. 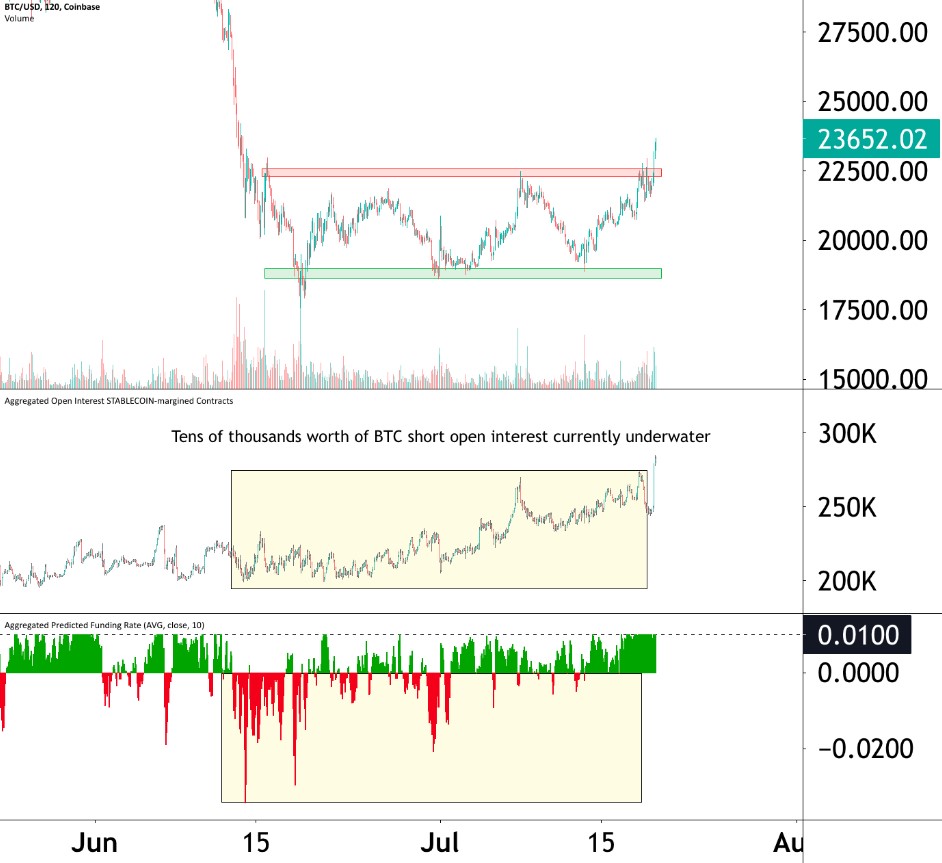 As highlighted on the chart, there was a large amount of Bitcoin short positions opened between June 15 and July 15, and these traders now find themselves on the losing side of the trade.

While Bitcoin reversing course and heading lower once again remains a possibility, the current momentum suggests further upside in the short term.