It was a bullish Sunday, with bitcoin (BTC) rising by 0.35% to end a seven-day losing streak.

The upside came despite a fall in the Bitcoin Fear & Greed Index, which remained deep within the “Extreme Fear” zone.

Bitcoin briefly broke through the First Major Resistance Level at $19,440 before easing back.

While bringing the seven-day losing streak to an end, bitcoin fell to sub-$19,000 for a fourth consecutive session.

There were no crypto news events to shift investor sentiment, with bitcoin benefitting from the lack of external market forces, including the NASDAQ 100.

With investors jittery over the economic outlook and Fed monetary policy, it could be another choppy week ahead.

While the US markets are closed on Monday, US economic indicators and central back chatter will influence this week.

The key stats include ISM Non-Manufacturing PMI numbers (Wed) and the all-important nonfarm payrolls (Fri). To add to the market tension will be the FOMC meeting minutes due out on Wednesday.

On the crypto regulatory side, the market will also need to track any news updates from the SEC v Ripple case. Investors await a court ruling on an SEC motion to shield William Hinman’s 2018 speech-related documents under attorney-client privilege.

In 2018, the former SEC Director of the Division of Corporation Finance said that Bitcoin (BTC) and Ethereum (ETH) are not securities. A ruling in favor of Ripple would be a positive for the crypto market.

For the bitcoin bulls, the Index remains deep within the “Extreme Fear” zone. A move through to 17/100 would support a return to the “Fear” zone, last visited on May 5, when bitcoin stood at $36,630. 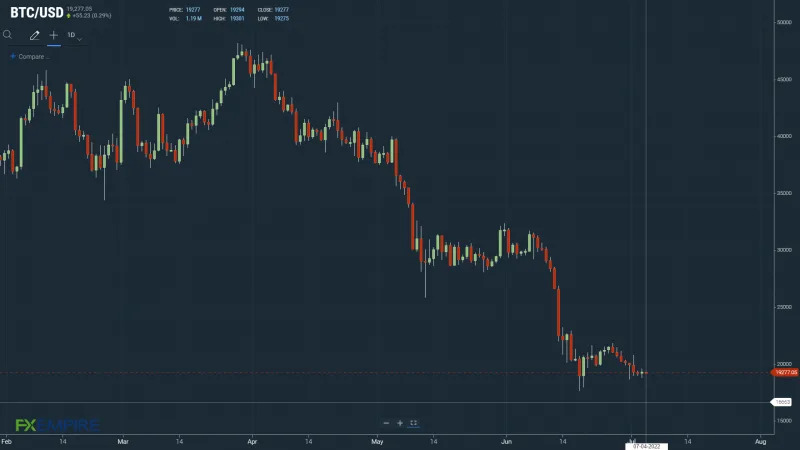 A fall through the pivot would bring the First Major Support Level (S1) at $18,837 into play. 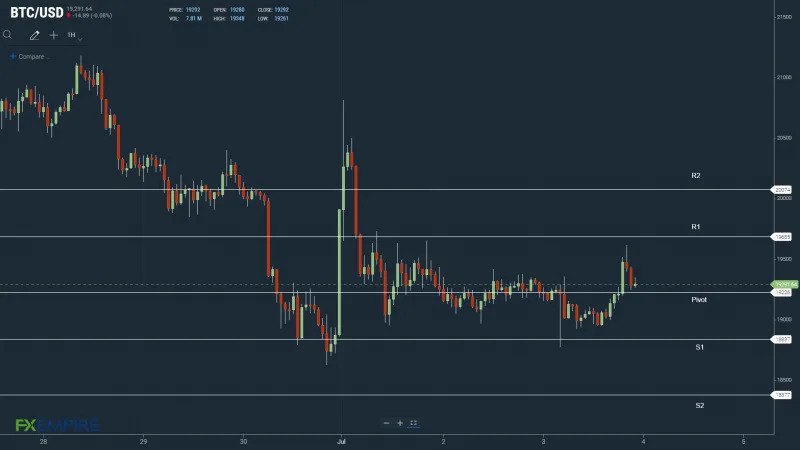 Looking at the EMAs and the 4-hourly candlestick chart (below), it was a bearish signal. This morning, bitcoin sat below the 50-day EMA, currently at $19,884. 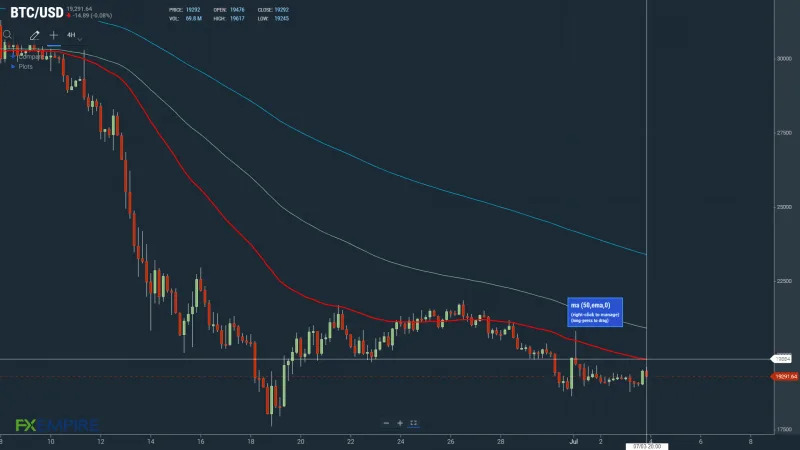 Is Bitcoin legal? A glimpse of BTC’s regulatory environment

Is Bitcoin legal? A glimpse of BTC’s regulatory environment
Bitcoin

What is a Bitcoin node? A beginner’s guide on blockchain nodes

What is a Bitcoin node? A beginner’s guide on blockchain nodes
Bitcoin

How to accept Bitcoin in my store? A guide to getting paid in BTC

How to accept Bitcoin in my store? A guide to getting paid in BTC
Bitcoin

After A Strong July, Here’s What August Has In Store for Bitcoin and Crypto

After A Strong July, Here’s What August Has In Store for Bitcoin and Crypto
Bitcoin